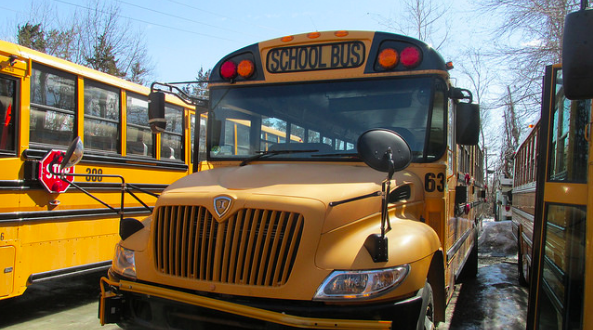 Although mental health concerns represent one of the largest contributors to global burden of disease, the World Health Organization (WHO) has shown that this burden is not being sufficiently met with accessible and effective treatment. Indeed, significant barriers to accessing mental health treatment exist throughout much of the world, including economic limitations, time limitations, and stigma. Unfortunately, many of these barriers are even more pronounced for children and adolescents. In light of these barriers, school mental health (SMH) offers an accessible approach to reach a wider range of children and adolescents who might otherwise struggle to access treatment options. The premise of SMH is simple: treatment providers offer therapy directly within the school setting. However, given that SMH programs often require students to miss class time in order to receive treatment, therapy in such contexts must be potent and expeditious. As such, our study examined the dose-response to treatment within a SMH program for adolescents receiving cognitive-behavioral therapy (CBT). That is, we sought to determine how many sessions of CBT students would need to undergo in order to see clinically meaningful change. In addition, we wanted to see if there were any specific symptom characteristics that would predict better or worse responses to CBT.

A total of 133 high school students between the ages of 14 and 18 receiving CBT in a SMH program were recruited. We collected basic demographic information, as well as self-reported symptoms using both the Youth Outcome Questionnaire (YOQ-30) at the beginning of and throughout treatment, and the Behavior Assessment System for Children, 2nd edition (BASC-2) at the beginning of treatment only. Using cutting-edge multilevel modeling (MLM), we used each student’s pre-treatment scores to predict treatment response over time. Importantly, we relied on two classifications of clinical change when calculating treatment response: 1) improvement, which refers to a large and meaningful decrease in self-reported symptoms; and 2) recovery, which refers to both a large and meaningful decrease in symptoms as well as a change in classification from “clinical” to “nonclinical” symptom severity.

Our results showed a non-linear rate of improvement such that there was an immediate decrease in symptoms through session two, followed by a flattening in the rate of improvement after session two and through session nine, and then more rapid improvement again upon reaching session ten. Taken together, this rate of improvement showed that, on average, students met criteria for improvement after 2.91 sessions of CBT. That is to say that, within 2.91 sessions of CBT, self-reported symptom severity was reduced by a clinically meaningful amount. Even further, the average student went on to meet criteria for clinical recovery by session 8 of CBT. This suggests that, not only did they decrease their self-reported symptom severity by a meaningful amount, but they decreased it to such a large extent that they were no longer classified as “clinical” in symptom severity.

Ultimately, there are various aims associated with the current study. First, it is important to continue to investigate response to CBT in different samples. Not all groups respond to treatment uniformly, and so it is important to expand existing work to new groups of people to ensure that CBT represents an appropriate and cost-effective form of treatment. In addition, and when coupled with future research, this line of work can allow clinicians to use symptom measures in novel and cutting-edge ways. Symptom scores can one day be used not only to classify participants in terms of clinical severity, but also as a means of predicting treatment response. This suggests that future research into dose-response to CBT will allow researchers to eventually create simple, real-time algorithms which can predict one’s expected trajectory while receiving CBT based on both the types of symptoms someone exhibits as well as the severity of those symptoms. This will allow clinicians to plan treatment based on idiosyncratic client demands, representing a potential pathway towards more individualized medicine within the realm of behavioral therapy.

Previous Therapist rated alliance can predict outcome in blended Cognitive Behaviour Therapy for depression
Next Task-Shifting to Improve the Reach of Mental Health Interventions for Trauma Patients: Findings from a Pilot Study of Trauma Nurse Training in Patient-Centered Activity Scheduling for PTSD and Depression