The Impact of Internet-Based Cognitive Behaviour Therapy for Perfectionism on Different Measures of Perfectionism: A Randomised Controlled Trial

One Factor? Two Factor? Bi-Factor? A psychometric evaluation of the Frost Multidimensional Scale and the Clinical Perfectionism Questionnaire 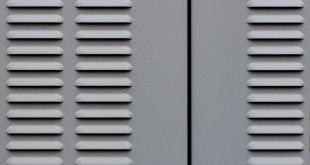 Despite being a popular target for research in psychology, perfectionism has been difficult to define. However, researchers generally agree that self-imposed perfectionism involves setting yourself overly high, and often unrealistic, standards for what you want to achieve, along with making huge efforts to reach these standards, being self-critical when you don’t reach your standards, and dismissing your achievements even when you actually do meet your standards (Shafran, Cooper, & Fairburn, 2002). Perfectionists don’t win either way – either they don’t reach their standards and feel bad, or they discount their achievements when they do.

A common question that people have is about the difference between pursuing perfectionistic standards and pursuing high standards. The main differences between the two are about the difficulty of the goals that you set yourself, the intensity with which you work towards your goals, and the appreciation of your accomplishments (that is, whether you stop to enjoy the sense of achievement when you reach your goals). Perfectionism involves trying to achieve flawlessness in a relentless, excessive manner, basing your self-worth entirely on your achievements, and disregarding your successes. Pursuing excellence, on the other hand, allows for attainable standards, where you put in a “good enough” effort to reach your goals and celebrate your successes. Hence, there is some thought that the former is unhelpful and the latter helpful for wellbeing.

With these questions in mind, we decided to evaluate the impact of an internet cognitive behaviour therapy for perfectionism across a range of measures of perfectionism, to examine if there was differential impact. Were we able to reduce perfectionism but not pursuit of excellence? To achieve this goal, we used the internet version of “Overcoming Perfectionism” written by Roz Shafran, Sarah Egan and Tracey Wade and published in the Overcoming series in London by the Little, Brown Book Group. Evidence across studies suggests this 8-module internet intervention has a reliable impact on decreasing perfectionism while doing as few as three out of a set of eight treatment modules but that it takes more modules than that to reduce anxiety, depression, and disordered eating.

Overall, we found that, compared to our control group, the intervention group showed significant between-group differences for 5 of the 6 perfectionism measures (with no effect on Discrepancy), with medium to large differences for Concern over Mistakes, High Standards, and the SCOPE Personal Standards. So, whether the measure seemed to indicate helpful or unhelpful facets of perfectionism, all were reduced. A mean of 3.12 (SD=2.67) modules were completed, and not surprisingly there were no significant effects on our secondary outcomes such as anxiety and depression. Is our intervention not discriminating enough? Or are our measures still not good enough to reflect the subtle differences postulated to distinguish perfectionism from the pursuit of excellence? These are important questions that need to be addressed in future research.

Previous Can you see what I see? A comparison of client and observer perspectives of the alliance and group cohesion in CBT
Next Therapist-Guided Online Metacognitive Intervention for Excessive Worry: A Randomized Controlled Trial with Mediation Analysis