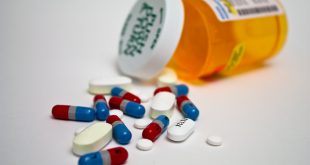 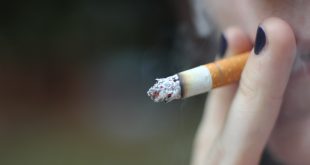 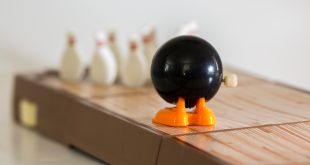 ERGT teaches self-harming and emotionally dysregulated individuals emotion regulation skills to reduce emotion dysregulation in general and emotional avoidance in particular. The treatment is founded on an acceptance-based conceptual definition of emotion regulation proposed by Gratz and Roemer (2004) which emphasizes the functionality of emotions (Gratz & Roemer, 2004). Therefore, the focus in ERGT is to expand the patient’s behavioural repertoire towards greater awareness and acceptance of emotions, and to increase the ability to engage in goal-directed behaviours and inhibit impulsive behaviours when experiencing negative emotions. Thus, patients are taught a broad set of strategies to modulate the intensity or duration of their emotional responses, rather than to avoid them entirely (for a more extensive account of the treatment, see Gratz & Gunderson, 2006).

ERGT has been evaluated in three studies in the US (Gratz & Gunderson, 2006; Gratz & Tull, 2011; Gratz, Tull, & Levy, 2014b) and was recently evaluated in a large Swedish multi-centre open trial (Sahlin et al., 2017), with all studies showing the same pattern of results; significant improvements on both DSH and emotion regulation with moderate to strong effect sizes at 6-month follow-up (Cohen’s d ranging between 0.64-0.99 for DSH, and 0.55-1.03 for emotion dysregulation; (Gratz, Tull, & Levy, 2014b; Sahlin et al., 2017)
However, not all patients respond to the treatment, and those who did not may have benefitted from a longer or more intensive treatment than ERGT, such as dialectical behaviour therapy or mentalization based therapy (Bateman & Fonagy, 1999; Linehan, 1993). Identifying patients who are less likely to respond positively to ERGT could aid clinicians in selecting the best treatment for their patients. Indeed, the growing number of psychological treatments available for different disorders and maladaptive behaviours has led to a demand for researchers to identify not only if a particular treatment is efficacious, but also for whom and under what conditions the treatment works (Kraemer, Wilson, Fairburn, & Agras, 2002).

Unfortunately, the literature on predictors of outcome in treatments for BPD and related pathology has produced mixed and contradictory findings, probably due to the wide variability in outcomes and predictors studied, the small sample sizes and the heterogeneity of treatments for BPD. Regarding ERGT, only one prediction analysis has been conducted thus far (Gratz, Dixon-Gordon, & Tull, 2014a). The study found ERGT to be effective for participants across all demographic predictors and that greater clinical severity (i.e., higher baseline emotion dysregulation, greater BPD symptomatology and more frequent lifetime and recent DSH), as predictors of improvement (Gratz, Dixon-Gordon, & Tull, 2014a). However, when implementing a treatment in a novel setting, such as in the Sahlin et al. (2017) study, differences in patient characteristics and therapist expertise and training could influence both the utility of this treatment as well as the patient characteristics that influence treatment response. Therefore, we aimed to replicate previously identified predictors of treatment response to ERGT by investigating many of the same demographic, clinical, and diagnostic predictors in women with BPD or subclinical BPD who had participated in the Swedish open trial evaluation of ERGT described above (Sahlin et al., 2017). Outcomes evaluated were frequency of DSH and difficulties in emotion regulation.

Ninety-five women (mean age 25.1, SD = 7.0, range 18-49) were recruited and assessed by community-based health care professionals at 14 psychiatric outpatient clinics across Sweden. All met at least three diagnostic criteria for BPD according to the DSM-IV (American Psychiatric Association, 2000), and had engaged in at least three episodes of DSH in the past six months. Mixed effects multilevel modelling was used to identify variables that influenced improvement between pre-treatment and post-treatment, and post-treatment and 6-month follow-up.

In summary, this study adds to the growing literature on predictors of outcome in treatments for BPD, with an emphasis on two highly relevant targets for this population: DSH and emotion dysregulation. Our results replicated some of the findings of the previous ERGT prediction study (Gratz, Dixon-Gordon, & Tull, 2014a), particularly regarding baseline levels of DSH and emotion dysregulation. Although these findings simply may have reflected the greater magnitude of change possible when scores were elevated at baseline, the fact that this replicates previous findings clearly suggest that patients with high levels of both DSH and BPD can benefit from treatments for BPD and related pathology.

In particular, and consistent with the premise that research on predictors of treatment response may guide clinical decision making, our results suggest that ERGT is a useful treatment even for individuals with more frequent DSH and more severe BPD pathology.