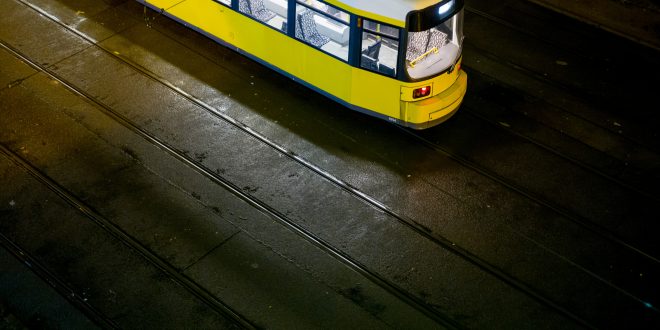 Can the REBT theory explain loneliness? Theoretical and clinical applications 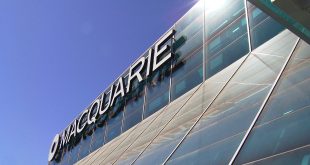 Meta-Analysis of the Efficacy and Acceptability of Cognitive-Behavioural Therapy for Arab Adult Populations Experiencing Anxiety, Depression or Posttraumatic Stress Disorder

Cognitive-behavioural models have been applied with great success to numerous forms of psychopathology including mood disorders (David, Kangas, Schnur, & Montgomery, 2004), anxiety- and stress-related disorders (Clark & Beck, 2011), and psychotic-based disorders (Birchwood et al., 2014). A robust, and commonly identified, correlate of all of these forms of psychopathology is loneliness (Hawkley & Cacioppo, 2010). Loneliness is described as an unpleasant emotional experience that can occur when an individual evaluates their life as lacking sufficient quantity or quality of social relationships (Heinrich & Gullone, 2006). As such, the phenomenology of loneliness includes both a cognitive and an emotional component. It struck us as curious therefore that virtually no theoretical – with one partial exception (Young, 1982) – or empirical work had been carried out to determine if traditional cognitive-behavioural models of psychopathology could be successfully deployed in order to understand variation in levels of loneliness.

Little evidence currently exists regarding effective ways in which to treat loneliness, however, most of the existing data points towards the value of cognitive restructuring (Masi et al., 2011). This is concerning given how common loneliness is in the population. Various population-based studies have suggested that approximately 20% of people experience ‘clinically-meaningful’ levels of loneliness at any point in time, and that late-adolescences/early adulthood and old age are developmental periods where loneliness is most common (Lasgaard, Friis, & Shevlin, 2016). Beyond common mental health problems, loneliness is also associated with neurodegenerative disorders such as Alzheimer’s disease, and early mortality (e.g., Holt-Lunstad, Smith, & Layton, 2010). Longitudinal based studies which track people over extended periods of time have shown that loneliness predicts future onset of (a) mental health problems (Cacioppo, Hawkley, & Thisted, 2010), (b) neurodegenerative disorders (Caspi, Harrington, Moffitt, Milne, & Poulton, 2006), and (c) suicidality (Rudatsikira, Muula, Siziya, & Twa-Twa, 2007). These mental and neurodegenerative conditions have been shown to cost the European Union €432 billion annually (Olesen et al., 2012). Loneliness is but one of a myriad of contributing factors to the development and maintenance of these disorders, however, the possibility of being able to intervene at a point that is known to play a role in the development of mental health and neurodegenerative disorders (i.e., loneliness), using an established and well-validated method of psychotherapy (i.e. cognitive-behaviour therapy [CBT]), is an exciting prospect. This was the starting point of our work recently published in Cognitive Behaviour Therapy.

We set to examine if the experience of loneliness could be understood within the theoretical framework of ‘Rational Emotive Behaviour Therapy’ (REBT; Ellis, David, & Lynn, 2010). REBT is somewhat unique in the field of CBT as REBT presents a model of psychopathology (centred on maladaptive thinking, or, ‘irrational beliefs’) and a model of psychological health (centred on adaptive thinking, or, ‘rational beliefs’). In essence, REBT theory proposes a set of cognitive vulnerability (i.e., irrational beliefs) and protective (i.e., rational beliefs) factors for loneliness. If the REBT model were supported in the context of loneliness, therapeutic interventions of multiple types would be possible. For example, individuals experiencing loneliness would benefit from identifying, disputing, and reformulating their irrational beliefs into a new set of rational beliefs. Moreover, prophylactic treatments for at-risk, but asymptomatic individuals, would focus on developing and integrating rational beliefs into an individual’s cognitive architecture.

In our study, we recruited a multinational sample of university students (N = 397) from across the British Isles. University students were deemed a desirable target population for this study given the tendency for feelings of loneliness to spike in this age group. The sample included a relatively even number of males and females, with an average age of 23 years. Our sample of participants completed commonly used, and psychometrically validated, self-report measure of loneliness (The Three-Item Loneliness Scale; Hughes, Waite, Hawley, & Cacioppo, 2004), and rational and irrational beliefs (Hyland, Shevlin, Adamson, & Boduszek, 2014).

In terms of irrational beliefs, ‘Self-Downing’ beliefs were most strongly associated with feelings of loneliness. Individuals who believed that they were deficient or unacceptable most likely to experience feelings of loneliness. Similarly, individuals who endorsed ‘Catastrophizing’ beliefs – grossly exaggerated beliefs about the negativity of life events – also had elevated levels of loneliness. Finally, ‘Demandingness’ beliefs – rigid beliefs that oneself, others, or the world ‘must be’, ‘have to be’ a certain way – were also associated with greater feelings of loneliness but the impact of these beliefs on loneliness were dependent upon a person having Self-Downing or Catastrophizing beliefs. These findings showed that people who hold rigid and extreme beliefs about themselves and their life circumstances are most likely to feel lonely. Our results suggest that clinicians working with patients reporting feelings of loneliness should be cognizant of these types of dysfunctional beliefs and would find clinical success in modulating these patterns of thinking.

In terms of rational beliefs, individuals who endorsed ‘Self-Acceptance’ beliefs were the least likely to feel lonely. Self-Acceptance belief reflect a tendency for people to accept themselves as being unconditionally worthwhile. Additionally, ‘Preferential’ beliefs – flexible desires that oneself, others, and the world a certain way – were associated with fewer feelings of loneliness. The positive impact of these Preferential beliefs were dependent upon an individual holding Self-Acceptance beliefs. These findings suggest that individuals who habitually think in flexible and non-rigid ways about themselves, others, and the world, and adopt an accepting view of themselves are very unlikely to experience feelings of loneliness. Clinicians should focus on developing and strengthening these functional and adaptive ways of thinking with their clients in order to both alleviate feelings of loneliness, and to prevent their occurrence.

Our empirical work has produced initial evidence that cognitive-behavioural models, traditionally applied in order to explain common mental health problems, can also provide an effective means by which to understand feelings of loneliness. This opens up the possibility that loneliness can be treated effectively using standard CBT techniques. As loneliness is an established risk-factor for mental health and neurological disorders, the ability to effectively conceptualize, explain, and potentially treat loneliness could lead to a reduction in the incidence, and associated costs, of these disorders.