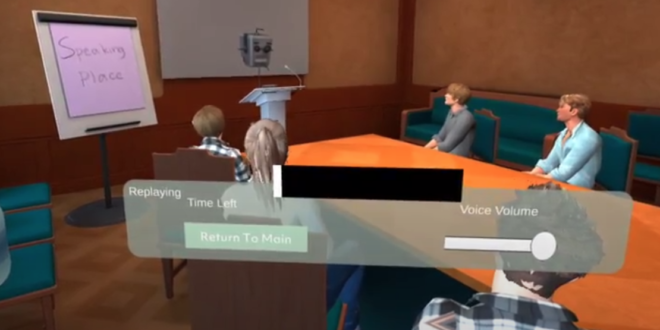 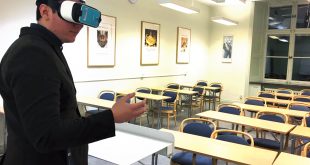 Virtual Reality (VR) refers to technology capable of creating an powerful illusion of being present in a virtual environment. Since the 1990s, VR has been used to conduct VR exposure therapy using virtual equivalents of phobic stimuli, and a wealth of research supports the efficacy of this approach. Until recently however, VR was an expensive, inaccessible technology that was difficult to develop for and operate, especially for clinicians. With the recent release of consumer VR technology, its is now possible for the first time to implement VR treatments in routine care, yet there has been little research interest in this application.

To our knowledge, the attached study is the first effectiveness study of VR exposure therapy conducted in routine care. In collaboration with a chain of psychologist clinics in Sweden, we recruited and treated n=23 participants with fear of public speaking in a single, 3-hour session, using inexpensive, consumer VR hardware (the Oculus Go) and newly developed, user-friendly, sandbox-type software that allowed clinicians and patients to create their own exposure exercises using a variety of speech tasks, environments, audience behaviors, etc. Participants could also view each recorded speech task being held by an avatar, through the eyes of an audience member (see screenshot), providing immediate feedback and promoting perspective-changing. Using a single-subject analytic approach that adjusted post-treatment symptom decrease for pre-treatment spontaneous remission, we show that the 3-hour session resulted in a large decrease in public speaking anxiety, which continued over the course of four weeks during which the participant was encouraged to transition to in-vivo exposure. Mixed effects modeling of in-session process measures suggested that the treatment worked through the intended mechanisms, decreasing distress and catastrophic belief expectancy and increasing perceived quality of performance, in each speech (exposure) task. Our findings suggest that VR exposure therapy can be used effectively in regular care and that larger effectiveness trials are warranted.

Previous One Factor? Two Factor? Bi-Factor? A psychometric evaluation of the Frost Multidimensional Scale and the Clinical Perfectionism Questionnaire
Next Predictors of relapse and recurrence following cognitive behavioural therapy for anxiety-related disorders: A systematic review

Perfectionism has been linked to anxiety, depression and eating disorders.  It has been argued …